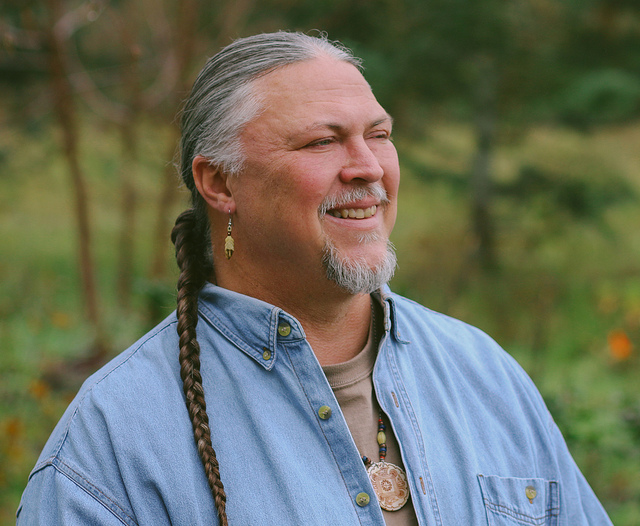 As we head into the Thanksgiving holiday weekend in the United States, it’s great to think about all the things we can be grateful for. It is good to have a time to pause and reflect, to participate in the seasonality of gratitude for the year’s bountiful harvest, and to gather with family and friends. (We’ll ignore the über-consumerism of the day following Thanksgiving…)

Many of us probably know by now, however, that the story many of us learned in school about the first Thanksgiving is rather inaccurate at best, and racist and paternalistic in many ways, with a focus on the Manifest Destiny idea of the divine mandate for Europeans to conquer the “New World” in the name of Christ and country.

A few questions come to mind (at least my mind), for those of us with European-American roots, such as:

First, perhaps you would like to know what “decolonize” even means. Colours of Resistance has an excellent definition:

Decolonization is as much a process as a goal. It requires a profound re-centring of Indigenous worldviews in our movements for political liberation, social transformation, renewed cultural kinships, and the development of an economic system that serves rather than threatens our collective life on this planet. As stated by Toronto-based activist Syed Hussan “Decolonization is a dramatic re-imagining of relationships with land, people and the state. Much of this requires study, it requires conversation, it is a practice, it is an unlearning.”

Part of the work of decolonizing, therefore, is becoming conscious of and then unlearning our cultural myths, such as that of Thanksgiving. What does it mean about our cultural values and identity that we tell the story in this way? What might this story look like from other perspectives?

My friend and colleague Dr. Randy Woodley has taught me much about this topic, and I’d like to highlight a few articles and other online resources where he shares his perspective on this and related topics. Woodley is Keetowah Cherokee and a Christian, and he teaches at Portland Seminary in the Master of Arts in Intercultural Studies program.

In a 2012 Huffington Post article, “The Thanksgiving Myth: Not a Bad Start,” Woodley gives background and detail to the story of the first Thanksgiving, reminding that the pilgrims would have died had they not learned the local planting and harvesting methods from the Wampanoag, and that the tribe showed up to the meal because they thought the pilgrims were in danger. He discusses several of the reasons that Native Americans find it difficult to “celebrate” Thanksgiving. Woodley himself suggests:

In spite of our ugly history, no…actually, because of these atrocities, I want to suggest that we all continue to celebrate Thanksgiving, but with a caveat.

Settler folks must be educated to realize that Thanksgiving in America didn’t begin with the Pilgrims. For thousands of years many feasts of thanksgiving have been characteristic of all our Indian tribes.This phenomenon continues today. Settler-immigrants should reorient their thinking to view that First Thanksgiving as the first opportunity for them to join millennial old traditions among America’s Indigenous peoples to thank God, who was already present before they arrived, and thank the land upon which they were living.

What if those of us with European ancestry enter into this holiday not as something that “we” created, but as something in which we are learning to participate as people newer to this land?

In an article in Sojourners, “Celebrating True Thanksgiving: One Native American View,” Woodley speaks on similar themes, and emphasizes the importance of true gratitude to God, since everything we have comes from the Creator. He adds:

We can also celebrate new possibilities of true reconciliation with Native Americans, Muslims, and all the “other” people who have been the recipients of the devastation brought on by the dominant myth.

If the myth of the first Thanksgiving alludes to a connectedness between people of different cultures and a sense of gratitude and unity on shared land, might we bring this myth into actuality in our current practice, intentionally focusing on reconciliation between our own culture and those we think of as enemies?

And finally, what can we do to begin this work? Bartimaeus Cooperative Ministry’s September webinar, “The Columbus Quincentenary as Turning Point in the Decolonization Struggle,” featured Woodley, and he spoke about his own story, as well as addressing the question of what we can do. He recently spearheaded the Theological Declaration on Christian Faith and White Supremacy, sparked by the White Nationalist gatherings in Charlottesville, VA this summer, and in that declaration, four suggestions are made for practical ways we can begin healing these broken relationships (learn more):

As we head into Thanksgiving weekend, what might it look like to not only focus on gratitude, but also lament? What would your family do if you acknowledged the bounty of the land, and also the difficulties of European-Americans’ complicity in genocide and ecological degradation of the land? What would it look like to practice gratitude in real, rather than symbolic ways, dreaming and planning for ways to reconcile with people and land in the coming year?

May God bring forth visions of that reconciled future in you this week, and courage and community to enable you to live it out.